I Love a Fair!

Posted on August 22, 2015 by curtsavagemedia 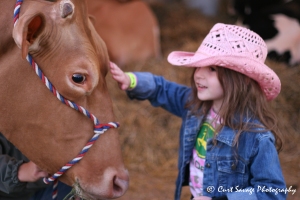 Growing up in a mostly urban setting, I never experienced county fairs.  Our family made a few trips to Minnesota to visit our family homestead where I was able to see real farm animals that I had only seen pictures of previously in children’s books.  Sometimes, we took long drives out beyond the edges of Los Angeles County; out past the concrete to where the farms were.  In doing this, I learned farms existed and that our food came from farms.  I just had no idea how that worked.

We had carnivals in Los Angeles, but carnivals aren’t county fairs.  Yes, carnivals have games where you can toss ping pong balls into little fish bowls, toss rings over the necks of pop bottles or throw darts to break balloons.  If you have good aim, you can win a sandwich bag containing a goldfish and a one dollar stuffed animal all for the twenty dollars spent on the games.  Like fairs, carnivals have food you can’t find any place else.  Carnivals also have rides that will spin you and your goldfish around and around until you’re both green just like at a county fair.  But, there are usually no animals at carnivals other than goldfish and stray dogs & cats.

A circus is a little bit like a fair.  We lived close enough to the railroad tracks that when the Barnum and Bailey Circus came rolling into town, we could ride our bikes down to the tracks and watch the workers unload the animals from the train.  Not exactly the kinds of animals you find at a county fair, but they were amazing non-the-less!  The big cats were loaded into barred circus wagons that were pulled by white horses ridden by showgirls.  The elephants lined up and “hitched” truck to tail and then the entire menagerie formed into a parade and marched into town to the place where the circus would perform.  We bought popcorn and souvenirs and saw amazing shows at the circus, but the circus was still not a county fair.

When I moved to Ohio, I went to my first rural county fair.  The Great Geauga County Fair is Ohio’s oldest continuous county fair and it was quite an experience.  Going into the fair seemed to allow one to pass into a world made of a giant farm where everyone knew everyone else and everyone was celebrating something.  The mood was at once festive and industrious with children toting balloons on stings and teens tugging at ropes leading their show animals from show ring to stables and back again.  The sounds of the livestock mixed with the sounds of diesel generators powering the midway rides combined with the animal smells and the aroma of funnel cakes frying carried me into sensory euphoria!