Posted on December 10, 2015 by curtsavagemedia 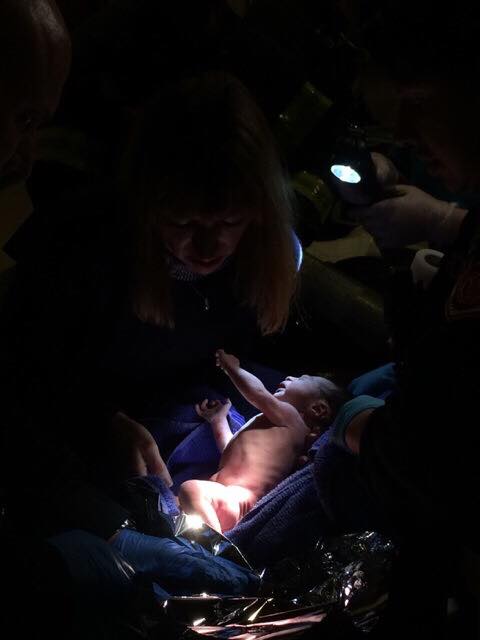 I’m sharing this story because of the number of people I’ve found who don’t know about what happened.  On the day before Thanksgiving, a baby boy, only a few hours old, was left in a church in Queens, NY.  New York’s “Safe Haven Law” states that an adult with legal custody of an infant can drop the baby off at a hospital, church, police or fire station without facing legal repercussions.  The law also stipulates that the child is supposed to be handed off to a responsible person and not left unattended.  Someone dropping off an unwanted baby is not uncommon.  This drop-off is different.

Surveillance cameras were scanning as a young woman went into a “99 cent store” and purchased several towels.  Security cameras a couple of blocks away viewed her carrying a bundle of towels into a nearby church several minutes later.  A short time after that, those cameras took an image of the same woman walking out of the church without the towels.  Nothing too unusual about all of that, but this is where the story gets royally skewed.

Tucked inside the woman’s coat was a new born baby boy.  She could have walked to the police station 2 blocks in the opposite direction from the store, but the woman chose Holy Child Jesus Roman Catholic Church in Richmond Hill, Queens, NY as an anonymous place to drop off her newborn son.  Upon entering the church, the mother spotted an empty crèche workers had finished setting up less than an hour before her arrival.  After spending a few moments in the quiet sanctuary with her baby son, she wrapped him in the towels, placed him in the crèche trusting that someone would find him, and she left.  What color were the towels she randomly purchased?  They were purple; the color of Advent and also the color used to distinguish royalty in the Bible.

Imagine the Janitor who had just returned from his lunch.  He heard an infant crying in the church but said he paid little attention as “People come in and out of the church all day to pray.”  When he approached the altar, he still heard the crying but saw no one nearby.  He followed the sound and found a baby boy, swaddled in purple cloth and lying in the crèche.  The authorities were immediately notified and the baby was taken to Jamaica Hospital in Queens, but not before earning the nick-name “Emmanuel” which means “God with us”.

Jesus left Heaven and came to Earth in the form of a baby, born to a young virgin named Mary.  We can assume the Queens Emmanuel’s mother was not a virgin, but still; think about it.  Can miracles still happen?  We celebrate a miraculous birth at Christmas.  Can God still show us things in miraculous ways today?  I say yes.  After reading this, do you agree?  I can’t help but think about Eric Bazilian’s 1995 song “One of Us” performed by Joan Osborne.  One of the verses reads “If God had a face what would it look like?  And would you want to see if seeing meant that you would have to believe in things like Heaven and in Jesus and the Saints and all the Prophets?”  This baby boy Holy Child Jesus Parish nick-named “Emmanuel” showed people something good they didn’t expect to see amongst so much that is negative in the world today.  That’s what happens when God is with us.