Posted on January 17, 2016 by curtsavagemedia 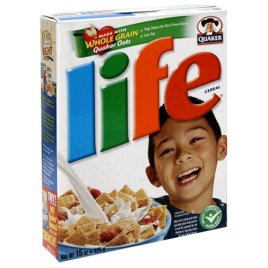 When I was ten, my friends and I would engage in the verbal merry-go-round “That’s life.  What’s life?  A magazine.  How much does cost?  Fifty cents. I only have a quarter.  That’s Life. What’s Life?….” and around it would go, annoying all adults in the vicinity until we were told to shut up.   Life is also a breakfast cereal.  Remember Mikey?  He wouldn’t eat just any cereal but he loved Life, which amazed his brother.  “He likes it! Hey Mikey!” his brother would yell.  Mikey never said a word.  He just kept enjoying his Life.

Marion Montgomery, an American jazz singer from Natchez, Mississippi was discovered by another famous singer, songwriter, composer and actress Peggy Lee who convinced Capital Records to sign her.  In 1963, Montgomery recorded “That’s Life”, written by Dean Kay and Kelly Gordon and covered by Frank Sinatra in 1966 on his album by the same name.  “I said that’s life (that’s life) and as funny as it may seem, some people get their kicks, steppin’ on a dream.  But I just can’t let it, let it get me down, ’cause this fine old world, it keeps spinnin’ around”.  That’s fine as long as life let’s you keep on playing.

Life is also a game by the Milton Bradley Company (now a subsidiary of the Hasbro Company).  It was a great game on its own, but the best part of Life was the large denominations of play money that came with it.  Life had a beginning and an end with its length dependent on how lucky you were at spinning the wheel of chance – sort of like real life.  The Monopoly game, on the other hand, was played until one player was the last person with any cash left.  By taking the big bills from the Life game, we could make Monopoly games last WAY longer!

life like a game.  They take risks with their own lives and the lives of others.  They have permission to act this way with the backing of various court decisions over the last several decades.  I don’t like to see anyone harm themselves.  But, I guess it’s their lives so it’s their business just as long as no one else has to pay for the consequences of their decisions. But that’s the rub.  Many times, someone else does have to pay.  With the 43rd anniversary of the Supreme Court’s Roe v. Wade abortion decision approaching, I’m thinking a lot about life.  All lives.  The unborn.  Those born with life threatening physical problems.  Those who’ve had abortions.  Those who’ve miscarried.  Those who are born to a future as an orphan, or of neglect or poverty.  Those who’ve carelessly taken the life of another.  The elderly and the physically weak.  Those who desire to give up on their lives.

I’ve heard that black lives, blue lives, white lives and even dog lives matter.  If you’d ask God, He’d tell you that ALL lives matter because He is the author of life.  There are times when the taking of a life cannot be avoided, but lives taken carelessly or for selfish convenience are lives stolen.  If we’re going to claim to be “pro life” we must be so from womb to grave.  In chapter 10, verse 10 of the Bible’s book of John, Jesus says “The thief comes only to steal and kill and destroy; I have come that they may have life, and have it to the full.”  Now THAT’s life!