Posted on November 20, 2017 by curtsavagemedia 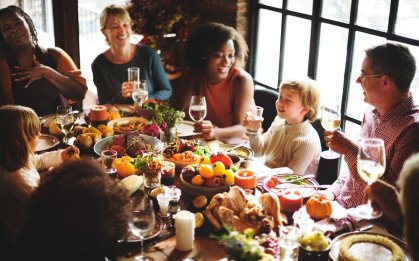 Do you remember the Wendy’s commercial featuring a small, cantankerous woman in her eighties who would order a hamburger at some other restaurant and, upon being served a sandwich containing a puny little patty of meat, would exclaim “Where’s the beef?”?  That commercial became part of the Wendy’s restaurant advertising campaign in 1984.  The woman was Clara Peller, an 81 year old Russian born immigrant who came to America when she was just 5 years old.  Clara passed away in 1987, but her character and question from the commercials has become a permanent American cultural icon. Clara recorded the single “Where’s the Beef” with Nashville Radio DJ Coyote McCloud.  Everyone from corporate CEO’s to U.S. Presidential candidates have used the phrase “Where’s the Beef?” when decrying the absence of substance in a program or proposal.

Beginning shortly after Labor Day, I began to see stores rearranging their shelves and opening up space for their displays for the upcoming “holiday retail season”.  By the end of September, the “Halloween palooza” was in full gear.  That, in itself, was not too shocking.   What was disturbing was the presence of Christmas decorations right alongside the Ghoul-o-rama.  I studied retail merchandising through a school-to-work program while in high school.  I get what the retailers are up to.  Add-on purchases are great for a business’s bottom line.  Why do you think all that candy, snack food and drinks are located at the registers in most stores – like Lowe’s for example where I went to buy a $6 dollar item and ended up buying an additional $14 dollars worth of “snackage” for myself, my daughter and my son who were shopping with me?  Hey!  Shopping made us hungry.

The question I keep asking myself (and I hear others asking the same question as we scan the retail shelves) is “Where’s the turkey?”  I’m not talking about the frozen birds in the meat cases in the back of the store.  Where is Thanksgiving?  Aside from a few fall colored, turkey themed decorations for sale in the party supply isles, Thanksgiving is most easily found in tire treads – run over by the trucks delivering “Holiday” (AKA Christmas)  decorations.  Some large retailers are careful to avoid using the word “Christmas”.  These same retailers are “thankful” for the huge bump in food sales that “Turkey Day” brings.  However, if they officially started marketing “Thanksgiving” immediately after Halloween, they would find themselves in a dilemma.  What are we thankful for, and to whom?  Is everyone thankful for the same things from the same source?  I used to be thankful for the Macy’s Thanksgiving Day Parade, but recent commercial changes to the focus of that parade are beginning to give me some “pre-pumpkin pie” indigestion.

I think a cultural change of focus has hijacked something that used to be a very central part of our national identity.  Where we used to give thanks for the things we were blessed with, now we make lists of the things we want that we don’t yet have; as if, by some stretch of the imagination, we don’t have enough.  Madison Avenue marketers have convinced us that we need more stuff, and they’re selling us a truck-load of discontent.  We need to learn from the Pilgrims and not from marketing experts.  Put up the lights before it snows and then let the rest of Christmas wait until we give thanks for the blessings we’ve already received.