Posted on January 12, 2015 by curtsavagemedia 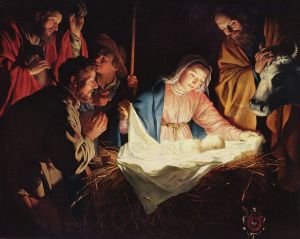 I’m not sure what just happened; it all went by so fast.  We went to bed on Christmas Eve with gifts wrapped and neatly placed beneath the tree.   By noon the following day, our living room looked like it was hit by a wrapping paper tornado.  Most of the festively lighted houses went dark at exactly 12:01am December 26th.  Sunrise on the same day gave light to a scene of deflated Rudolphs, Frostys and Santas lying in yards up and down the street.  Radio stations even abruptly “Shook it Off” and switched format from Andy Williams & Bing Crosby back to AC/DC thus ripping us from the “Most Wonderful Time of the Year” and dropping us back in the middle of the “Highway to Hell”.

50% off “holiday” items and armfuls of gifts to return to the stores for refunds make me wonder – did anyone really get what they wanted if we need to return things for refunds so we can buy more things at half price?  Why do we put ourselves through it?  Shouldn’t the repeated annual post-holiday shock cause some kind of light bulb to come on in our heads?  Shouldn’t the pile of trash bags at the curb, the “String-along” black out and the deflated holiday figures bring us to some kind of realization or “epiphany”?  Maybe the whole 55 days from October 31st to December 25th isn’t about buying all the stuff we can add to the stuff we already keep in those red and green totes in the attic.  Could it instead be about the story portrayed in that Nativity scene on the porch of that church on the corner of North Jefferson and West State Street?  The Nativity display is easy to see if you’re walking past, but drivers hurrying on their way to someplace else might miss it.

Turns out that Nativity diorama has something to do with the other meaning of “epiphany” – the presentation of Christ to those who were led to him by heavenly signs.  Maybe that’s what will bring us to our own epiphanies; slowing down so we can see the signs we normally race past.  Most of us spend more time driving or riding at 35mph than we spend walking at 3mph.  I never walked much before I took my current job, but now I look forward to my daily 10K hike.  The people portrayed in the creche were going on much longer walks back when we flipped our calendars from “B.C.” to “A.D.”.  The shepherds in the fields walked only about two miles to Bethlehem after angels told them about the birth of Christ.  However, Mary and Joseph walked about 80 miles from Nazareth to Bethlehem.  The ancient astronomers from Persia walked at least 800 miles to Bethlehem as they followed a new star.  I think the pace of their walks allowed them to absorb the significance of what they would discover at the end of their journeys.