Posted on November 24, 2015 by curtsavagemedia 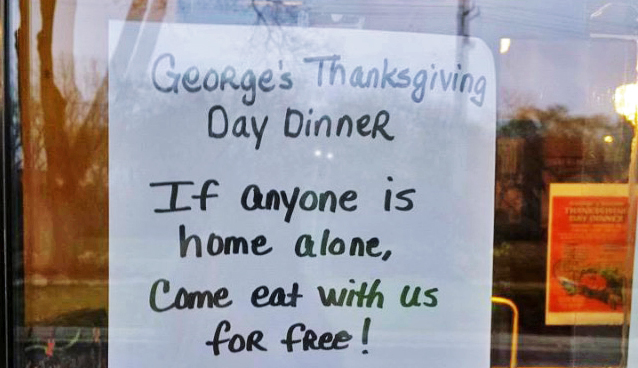 In the 1998 movie “You’ve Got Mail”, the character Kathleen Kelly (played by Meg Ryan) says “The odd thing about this form of communication is you’re more likely to talk about nothing than something.  But I just want to say that all this nothing has meant more to me than so many… somethings. So, thanks.”

1 Timothy 6:7-12 says “For we brought nothing into the world, and we can take nothing out of it.  But if we have food and clothing, we will be content with that.  Those who want to get rich fall into temptation and a trap and into many foolish and harmful desires that plunge people into ruin and destruction.  For the love of money is a root of all kinds of evil.  Some people, eager for money, have wandered from the faith and pierced themselves with many griefs.”  Job had great wealth.  There came a point when the Devil claimed that Job only loved God because he had so richly blessed Job.  God knew Job better than the Devil did, and to demonstrate Job’s focus and faithfulness, God allowed the Devil to strip Job of everything but his very life.  When Job’s life was reduced down to its most vital essence that’s when Job was most clearly able to understand the source of his everything.

I’ve known people who chose having very little over having nearly everything.  I can understand the attractiveness of that choice.  I lived with only what could be carried in a duffle bag for several years.  I didn’t spend a lot of time thinking about all the things I didn’t have because, practically speaking, I simply didn’t have anywhere to put them if I had them.  Without being distracted by all kinds of something, I was able to focus more on what mattered most.

Growing up, there were times when we didn’t have a lot of material possessions.  Looking back, I’m aware of that being the case, but I don’t recall thinking a lot about it at the time.  Honestly, my strongest memories aren’t about things; they’re about people and experiences with those people.  My mom told me about one Thanksgiving that was especially challenging for her.  I think it was when I was about 7 years old.  She said all we had in our freezer was a roasting chicken.  My Grammy was on disability so she didn’t have a lot of extra food in her apartment.  I remember my Uncle was home visiting from the Air Force so the dining table was a little more crowded.  Somehow though, without all the perfect magazine cover ingredients, we had a wonderful and memorable Thanksgiving together.  There were little bits of all kinds of different foods; whatever each person could contribute.  But more than the meal, I remember smells, music, flavors, stories, faces, playing board games with family and friends and an apartment full of people enjoying each other’s company.

Sometimes we allow a lot of “somethings” that are really “nothing” to separate us from the most important “somethings” or “someones” in our lives.  I’ve often heard it said “you can’t get something for nothing” but I’m not sure that’s true.  In the times when I had what the world considered to be nearly nothing, I found it was then that I felt like I had everything that really mattered.

This entry was posted in Uncategorized and tagged Clothing, Contentment, Friends, Homelessness, Meg Ryan, the bible, Wealth, You've Got Mail. Bookmark the permalink.

2 Responses to Thanks for Nothing