Posted on July 3, 2017 by curtsavagemedia 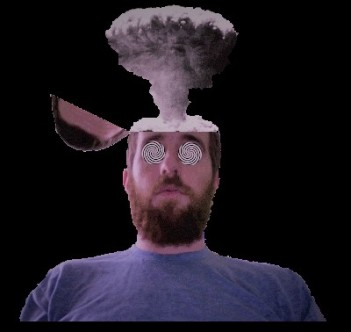 A lot of people are talking about the 2015 Paris Accord since the United States pulled out of the group of approximately 195 nations who originally signed onto the agreement.  I’m hearing a lot of fear and misinformation.  Fear and propaganda always create power leaders and billionaires.  When a large group of people are afraid or unable to think for themselves, a MUCH smaller group of people are going to become rich and powerful. Considering most of us are unwittingly under the influence of that “much smaller group”, “We the People” MUST corporately continue with the mission of being “America” in an increasingly hostile global theater, for there are many on this marble who jealously desire the loss of America’s sovereignty and even the cessation of our existence.

Why would I write such a thing?  Because it’s true.  What makes it true?  Globalism.  The concept of globalism has been around since Adam rose from the dust.  However, Adam’s idea of “the globe” was about the size of Mesopotamia – not that little Amish town in Geauga County, Ohio.   We’re talking about ancient Mesopotamia – Iraq, Kuwait & parts of Syria and Turkey – you know – the place the B-52’s sing about.  There was no way for anyone to affect, or even know about anyone on the other side of the Earth, so the other side simply didn’t exist in Adam’s mind because it didn’t affect him.  Such is not the case these days.  Man can now throw a missile at his enemy half way around the world in about an hour.  We can dispatch spoken or typed words much faster; words with the power to heal or harm.

I’m afraid we’re allowing frightening words to fry our brains.  Is there any discriminatory or original thought or independent and logical analysis anymore?  Or, is all reason and argument the regurgitated product of some global social engineering think tank?  I say the latter is true in most cases.  Without room to go into more detail, I beg you to consider the topic of globalism for yourselves.  Here are some waypoints on the timeline to consider; The formation of the United Nations in 1945, The formation of UNESCO in 1946 and the explosive expansion of globalism under the guise of environmental activism beginning in 1970. President Nixon, by Executive Order, created the EPA in 1970.  It is also not coincidental that the once conservative NEA emerged as a power player in modern liberalism and humanism in the 1970’s.

I was 9 on the first Earth Day in 1970.  I drew pictures of trees and displayed my “Ecology” book covers proudly.  I liked solar power before it was cool.  I loved Dr. Seuss’ “The Lorax”.  However, I’m NOT into being played by Globalists who aren’t really in the game for their love of my children.  I know the U.S. produces copious amounts of pollutants.  The biased Paris Accord did little to change that and much to cripple our industry (including the manufacture of the majority of the world’s environmental products) and consequently stripped us of our sovereignty.  I have the common sense to know plundering and poisoning the Earth is bad for me and my neighbors.  We can “clean up our act” on our own without biased global mandates.  It’s time to get our brains out of the fryer.